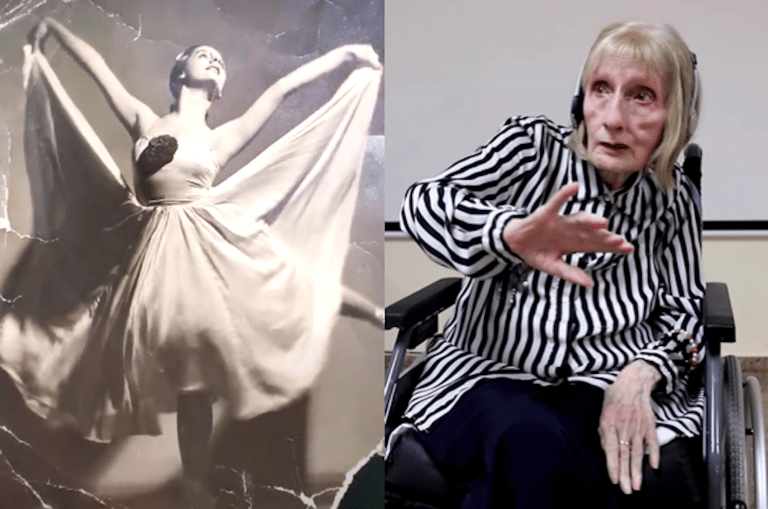 A recent video has gone viral on social media. It shows the late prima ballerina Marta C. Gonzalez Valencia, in an advanced stage of Alzheimer’s, responding to Tchaikovsky’s Swan Lake by dancing, with her arms, from her wheelchair. The video will move you if you love music or if you love someone who has Alzheimer’s. But more than that, it will move you if you are human. What is it that’s so universal about this video?

I think it speaks to one of the most fundamental human experiences: living with the constant loss that is time itself. It’s not just that people we love die. It’s that they grow up and grow older. I can look at my daughter, now an independent student, and suddenly miss the silly four-year-old girl she was. And it’s not just that people grow older. Every experience is taken away from us as soon as we have it—by the mere passage of time. What was once a reality is now only a memory.

Now here is a woman, a ballerina who has not only lost her past but who has even lost the memory of her past. But as soon as she lifts her arms to the music, you can see that she is still a ballerina. Her experiences have formed her in a way that goes deeper than a memory.

How did this happen? How did her connection to the music become so deeply embedded in her? The first step of the embedment of experiences is the transition from the initial phase of memory to a deeper kind. We all have the experience of learning a new physical task, whether it’s learning to walk as a baby, playing a musical instrument, chopping an onion, or even learning to ski. At first, you have to think about every movement and perform it intentionally. It starts off clumsy. But if you keep at it, muscle memory takes over.

Her experiences have formed her in a way that goes deeper than a memory.

The neurobiology of this process isn’t completely understood, but motor memory is thought to have two different stages, each with its own neural pathways: the encoding stage and the consolidation stage. The encoding stage is very deliberate and intentional, but the consolidation stage goes deeper. What begins as a step-by-step process of—quite literally—going through the motions transforms into a natural skill that no longer requires deliberate intention.

The neurobiology is fascinating. In addition to physical muscle memory that applies to motor activities, there’s a psychological “muscle memory” too. When you work to establish a habit, you understand that if you do it deliberately enough times, it will become automatic. It will have entered a deeper part of you that no longer requires so much conscious effort.

But habits aren’t just about activities. They’re about virtues, too. How do you become a compassionate person? There’s only one way. You do it by responding with deliberate empathy over and over and over until you are no longer simply acting with understanding and emotion, but—maybe to your great surprise—you have begun to be compassionate. What began as something outside of you has become a part of who you are.

And that brings us to the other aspect of the video that moves me: the tenderness of the young man who may be a friend or a caregiver. We know that he is the founder of an organization that promotes music and love. When the music starts, she begins to dance to it with one arm and then immediately gives up, shaking her head in discouragement. But he lifts her hand with infinite gentleness and kisses it, and she is encouraged to rejoin the music. In this way, he makes a connection to that part of her that is even deeper than her memories.

A person may be so affected by Alzheimer’s that she no longer recognizes the people she loves or even herself. The loss of connection is devastating. But sometimes, even after this loss, you can find a window into a part of her being that goes beyond time—and even deeper than memory.